My Account
Menu
CANCELLED
MAY BE RESCHEDULED AT A FUTURE TIME 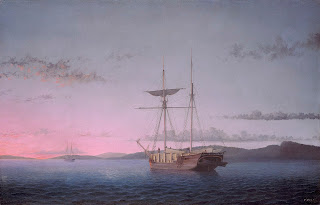 Join us in learning about luminism, a style of 19th-century American landscape painting that focused on light and atmosphere, with local artist and gallery owner Peter Layne Arguimbau. The term “luminism” was coined in 1954 by John Baur, director of the Whitney Museum of American Art, who noticed a unique quality of light in four painters of the Hudson River School: Martin Johnson Heade, Sanford Robinson Gifford, Fitz Henry Lane, and John Frederick Kennett. Arguimbau will trace the roots of the luminist movement across history, from Rembrandt and other Dutch masters to the 20th century. This lecture is part of Arguimbau’s upcoming book, Finding Rembrandt’s Lost Secret: The Origin of Renaissance Art.