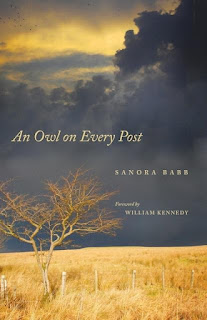 Perrot Memorial Library and the Greenwich Pen Women present a book discussion on An Owl on Every Post, by Sanora Babb

“An unsung masterpiece– I was completely blown away. It offers an unforgettable picture of life as seen through the eyes of a sensitive, courageous young girl growing up in the drought-ravaged Great Plains. Her ageless story deserves a permanent place in our nation’s literature.” –Arnold Rampersad

Sanora Babb learned to read from newspapers on the dirt walls of her family’s dugout, and went on to write the dust bowl classic, Whose Names Are Unknown, a book many consider a rival to The Grapes of Wrath. During her early years of hardship and survival she wrote and published poems, short stories, and journalism. She was published alongside other young journalists such as Hemingway, Dreiser, and Bradbury. Sanora’s hardscrabble years are in sharp contrast to her later life, when she was married to Oscar-winning cinematographer, James Wong Howe. On location, she spent days with film stars such as Paul Newman and Sean Connery, but she continued to pursue her passion for writing for more than 50 years.

This discussion will be led by a close friend of Ms. Babb, who is spearheading the rediscovery of her work.

For more info on the author: http://www.sanorababb.com/